There’s a funny saying about things that go around coming around. Usually it’s karma, an eye for an eye and a sow for a reap—the great spiritual law of the universe that dictates bad things for things done badly, good for that done gladly.

But inspiration goes around as well, and more like a fire than the predictable arc of an arrow—leaping, dancing, taking light as it spreads; a force that creates and multiplies rather than destroys.

A blog comment by a reader inspired me to write an entire post in return, a list of childhood memories which beget and became My First Meme, a charming, illumining anecdote on age, meditation and self-transcendence at Sumangali.org:

The torch is passed, the wheel turned. And so it goes…

I can relate to the sentiments above in so many ways.

At age thirteen, and in my first year in High School, I would at times be mistaken for sixteen or older, not because of my size, but my attitude and demeanour. I was overly serious and “adult,” something of an grown up trapped in a child’s body, and for the most part related to my elders better than my peers. Which isn’t necessarily a bad thing unless it is making you miserable. It was and then some.

Now twenty years on and thirty-three, I find age to be a bit of a joke. I have reached a kind of dim, twilight zone, like a purgatory between youth and senility, where I have to stop and think to remember my age. I still can not believe I am in my thirties, and for that matter during my twenties I could not believe I was not a teen.

This is only because of meditation.

With the regular practise of meditation—in which I am certainly no expert, but hopefully an advertisement for: a poster-child for meditation’s slow-dawning felicitation to experience life in the ever present, ever lasting now—I again feel as I did before those forgettable, teen-aged years.

Musing upon the inevitable forward march of age, I am reminded of learning to drive recently—several years ago in fact—in which getting over the insistent feeling that I was an impostor acting as a grown-up—driving seeming like such a grown-up thing to be doing—was far harder than getting a handle on the rules, firm grip of the wheel. 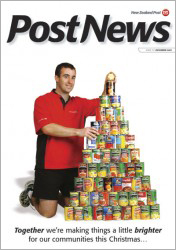 Likewise my career. After years striding the streets as a postman—a card-carrying job for loners, introverts and others who wish to drop out of the ‘nine to five,’ or in my case, approximate a wandering, meditating monk, composing poetry while roaming up to thirteen kilometres a day, I exchanged hair shirt for one starched, press-ganged into a pre-press job with a design company, and rejoined my last seen at university, career-making peers on the cusp of their thirties, threshold or over of marriage, mortgages and children.

What a joke it all was. Feeling like a child trapped in a far too big body I had to get head around idea of being an “adult,” or at least its outer appearance; joining serious colleagues in serious decisions about heavy responsibilities and pressing problems—not to mention getting in line for performance appraisals and promotion, a necessary evil when regular, expensive overseas trips to supply my meditation habit—or self-enlightenment sanity excursions as I subtitle them—were a necessity.

Throughout my extended tour of the five-days-a-week world of adult duty, I was always keenly conscious of the illusory nature of it all, of its secondary status to the pursuit of my ageless, real identity.

Funnily enough, and this is a very real letter of recommendation for meditation, I find that people value a person who can bring a child’s touch to a serious situation, a person able to laugh and to joke, remain good-natured and even-tempered when others do not. I was genuinely moved by the extent my colleagues showed their appreciation when it was time to move on from that job—their sincere, heart-felt sentiment running to pages on hand-made leaving card. Not to mention all of the hugs I had to dodge.

In feeling like a child still, I in truth should be grateful to my mother, whose raising of me was anything but conventional—I am “old” enough, or at least wise enough to appreciate this now. Now sixty-five and looking barely fifty, she is a guileless, child-like woman, and as far away from adult politics and game-playing as is possible; it is I her child who has to point out the alternative interpretation of occasional, unintentional faux pas. Her youth-like, light of heart qualities I once mistakenly sought to uproot in myself, leave behind in a wrong-headed, head-strong rush to “grow up”—early, regrettable attempts at self-transformation with a labourer’s pitchfork, rather than the meditation’s gentle pruning.

But most of all, I can relate to Sri Chinmoy’s philosophy of self-transcendence—transcendence of mind, belief, achievement and of age. In this respect alone I have so much to be grateful to my meditation teacher for.

Initially self-taught in meditation—I am something of an autodidact in most things; a good quality when one remembers to be humble, or the much that one does not know—I have come to learn that meditation is so much more than a moment of peace, or a silent mind only in a silent room. Sri Chinmoy’s philosophy of the child-like heart, of living as a child rather than living childishly, has re-invented my life in the most remarkable ways, transformed me in a fashion I once could not imagine.

Compared to my former self, you could say I am re-born.