19 May Thirteen Facts About Me as a Child 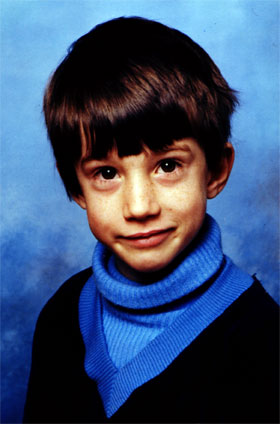 I checked the Thursday Thirteen meme out a while ago, and I must say that I didn’t get it at first. Unlike other memes, which in the blogging sense mean being tagged by someone else to participate in a conversation which, much like the only invented in the seventies moniker, resembles an idea spreading and replicating itself, virus-like across the internet, Thursday Thirteen is very much self-participatory—i.e. you make up your own list and then go and read others—tagging and commenting being strictly optional.

Because I’ve always been highly suspicious of new terms that don’t describe anything particularly new—we used to call these fads and crazes in the offline world—I’ve taken a while to catch on to this meme thing. But before I get called a wet blanket…

Staying offline for a moment longer, a meme is kind of like a chain letter but better, which reminds me that I really should tell my grandmother, still new to the internet but very well meaning, to stop sending the entire family“Read this now and pass it on to ten people immediately” chain-letter spam. But as you might have guessed, I really don’t have the heart (God bless her).

Right, back on topic. Thursday Thirteen, much like Wordless Wednesday is a networking and blog promotion tool. Every Thursday you post thirteen facts about, well, anything—although preferably in some way related to yourself (isn’t everything when you’re blogging?).

The part I didn’t get though is how exactly that is networking? Well, if you scroll, and scroll and scroll through the website you’ll find that you’re encouraged to visit other Thursday“Thirteen’ers” and leave comments on their blogs. You can also promote your site by participating in the Thursday Thirteen forum and blogroll.

Ho-hum… whatever. It all sounds too hard. And did I mention that their graphics are terrible! Being a design snob from way back my first reaction was and still is,“Ew!—I’m not putting that on my site!”

However, being an open and eminently flexible personality (it’s official, my Intrapersonal Intelligence is (self) rated at 96%) a.k.a. a Libran, I’m prepared to revisit my hasty decision, aided and abetted by Titania Starlight, a recent visitor here (thanks MyBlogLog) and participant in the best Thursday Thirteen I have yet seen, Thirteen Funny Facts about Me As a Child.

So there are my thirteen facts, and it’s not even Thursday!

I believe at this point in the meme I am supposed to tag other people. Well, if you’re reading this, you know who you are. Leave a comment or trackback and I’ll do an update mentioning you, and will definitely read your list.