25 Jul Things my Uncle taught me

A trip to visit a mysterious uncle, whose sagely, intuitive advice proved to be presciently exact (with apologies to Sumangali). 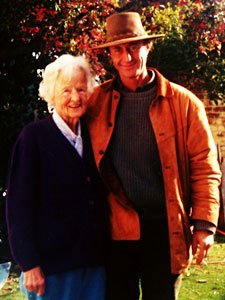 While still somewhat new to meditation, and some months before becoming a member of the Sri Chinmoy Centre, I discovered to my great joy my Mother’s sister was a practitioner of this new, seductive art, a coincidence maybe not so far fetched in a family of twelve siblings. During the unimaginably long holidays before the start of university, three months which more practical students spent working, more hedonistic partying, I went to visit this meditating Aunt on her semi-rural farm.

The journey north from Wellington to Opotiki —”The place of children” in Maori, and tiny town of several thousand on the south-eastern shore of the Bay of Plenty—was made by thumb, hitch-hiking with a friend more experienced in such matters, journeying home to see his parents in down-the-road Whakatane.

We did pretty well in haphazard transportation at first, securing a non-stop ride to just north of Taupo almost immediately, a small township on the edge of a giant lake that is sole reminder of a massively self-imploding volcano one thousand years ago. Deposited upon the junction where State Highway 1 turns away from Rotorua and then Whakatane, it appeared we would travel no further that day, stranded witnesses to a cool, clear-skied falling dusk, particularly suiting of the musical ambiance created by pocket walkman.

Auspiciously, and in almost complete dark, my companion and I were sighted by a passing couple, intercepted leaving the road to take overnight shelter in an empty field, their back seat coincidentally empty. Almost the age of our own parents, and we their offspring, the husband and wife likely saw in us the resemblance of their progeny, generously inviting and then driving us to their lakeside home in Rotorua; feeding and then offering us welcome rest in absent daughters’ beds until the morn. While not quite as prevalent as it once was—people actually lock their doors here in New Zealand now—you can still find generosity and selfless hospitality everywhere this country, if you persist in breaking through the shy outer reserve.

Arriving before lunch the next day, life on my Aunt’s farm—more suburban homestead with miniature organic plot and orchard than farm—consisted of activities unremarkable in such places, yet refreshingly new to this lifelong urban dweller. Picking ripe avocados from overburdened trees, chasing chickens out their coups to steal over-sized free-range eggs, and endless games with extremely active younger cousins, our first meeting since Aunt’s remarriage. And going for runs and bike rides with another cousin much closer to me in acquaintance and age, touring inexhaustible sun-drenched panoramas in the neighbouring countryside.

Then in her final year of high school, I got to show off to this cousin a little as “the big cousin,” first of an extended family of now more than twenty to go to university. Always surprisingly good at giving advice to others, (yet hopeless at self-prescribing—read on…), I knowledgeably explained the ins and outs of debated higher education options from a position of genuine experience. In the end she chose psychology as her degree major, much against my protestations and advice, although maybe it should have been self-evident that very few people are receptive to the one truly insightful thing I have to say about higher learning —don’t do it!

The true reason for my visit to Opotiki that summer was neither rural or familial idyll, but to catch up with this spiritually inclined Aunt not seen for years, and also, meet a most mysterious Uncle. Not my Aunt’s recently married new husband though, a kind-hearted farmer of local prominence but in truth little mystery, but her first cousin—technically not an actual uncle, but the term is close enough. They were as close to each other as brother and sister, born but a day apart, and virtually grew up together. They were alike in looks as well as interests—including a shared sense of spirituality.

My Aunt, a former medical nurse, and current member of the district health board, had turned to traditional Maori healing in recent years, describing how she would choose home-made remedies for patients based on experience and knowledge, and intuition—a “voice from within” guiding her to the medicine best to prescribe. Several months before, in knowledge of my new-found enthusiasm for meditation and all things spiritual, she had sent me a cryptic invitation to make this trip north, writing of her cousin and uncle whom I had last seen when I was four years old: “You might get something very special out of meeting him again.”

An enigma before I had even laid eyes upon him, I was regaled with seemingly fanciful tales of his exploits by other family members: “He was a US Navy Seal once”; “He was beaten and left for dead in the Australian desert, found and nursed back to health by Aborigines, who taught him mysterious healing arts and powers,” and, “He can survive in the bush for up to a month without food, drawing life-force for sustenance from trees alone.”

Whatever the truth to such stories, he was undeniably an impressive sight in the flesh: bushman’s leather hat and jacket on powerful six-foot frame; firm, engaging handshake conveying a calm poise and quiet determination. And confidence—he had this quality in spades, self-evident in a tale told about conquering fear: confronting a small town trouble maker with a bullet engraved with bully’s name, telling him to leave town else there would be a second bullet which wouldn’t be given by hand. Even more impressive was his face: youthful and sparkling despite his age—over fifty but ten years younger in appearance—with lively, piercing blue eyes that unnervingly looked right through you.

I asked him about the Navy Seals—”I don’t talk about that” the firm reply. He viewed himself as “only a healer”, going where inwardly directed—where ever he and healing abilities might be of service. He talked discreetly of the state of my aura, and, my curiosity aroused, gave me a “healing”, an experience consisting of broad sweeping movements made up and down self’s invisible energy field, small “male” and “female” crystals held in each hand. I was pronounced “looking better” afterwards, and in truth did feel a little lighter—subtly so, but if anything more was accomplished that day I was not spiritually aware enough to ascertain.

At this point in my life, although having discovered meditation, a path embarked upon with all the vigour and determination one has when convinced of your life’s calling, I was, perhaps contradictorily, in enormous personal turmoil, unsure of my direction beyond this lifestyle choice—a solo, daily practise which in some respects raised more questions than answered. Enormously frustrated, I could envisage a golden future in occasional glimpses, but was stuck within a present that was anything but.

This bushman Uncle might just have sensed some of this, and before I departed homeward, compulsory to attend university lectures soon to begin, offered unbidden three pieces of sagely advice.

“Your time of book learning has come to an end.” An odd statement at the time, the final year of university degree about to begin, but in truth a statement I was not completely unreceptive to, anything but enthused with this current aspect of my life course.

“You will soon need to learn how to make money quickly.” Advising me to begin buying and selling items for profit, he gave me $500 to get started, as though I was doubting of his sincerity, and to my complete jaw-dropping amazement.

And the final advice? “I don’t know who God is, but if He made all of this,” a broad gesture made to entirety of surroundings, “He’s a pretty nice guy.”

Two weeks after this conversation I had added an unforeseen option to my educational curriculum, meditation classes at the Sri Chinmoy Centre —beginning of the end for most part forgettable academic career, or “time of book-learning,” and early beginnings of full-time meditation occupation, tutelage embarked under the guiding hand of teacher Sri Chinmoy.

Within months I found myself engaged in an assortment of odd jobs and money raising schemes, “making money quickly” to see Sri Chinmoy for the first time in New York, air fare from New Zealand no joke on modest student income.

And likewise, I don’t know who God is, not in any final, definitive sense at least, but as the years pass by I do have some inkling as to what He is—love, peace, wisdom and beauty—the presence of which grows stronger every day.