09 Sep The Zen of the Hubble Deep Field

Find an empty space in the sky and stare into it. Anywhere. Up there, over here, left of somewhere or right of over there, it doesn’t really matter, just pick a spot and stare, stare and stare. What you find might change the very universe. And it will almost certainly blow your mind…

In 1995 astronomers, perhaps after staring a little long at the sun, or with a few too many stars in their eyes, got the slightly left of gravitational field idea for an experiment with the Hubble Space Telescope. Let’s point the telescope at an absolutely empty patch of sky they decided, a section with less stars than the New Zealand cricket team and just about as much interest; no known galaxies, clusters, supernovas or anything else remotely capable of a spectacular explosion. Then, while perhaps listening to The Dark Side of the Moon over and over, or watching back to back screenings of Derek Jarman’s 1993 psychotropic classic Blue— 79 minutes of an unchanging plain blue screen—let’s keep it pointed there. Fall asleep, wake up, it’s still pointing at the same patch of sky. Fall asleep, wake up… the same empty blank piece of space, less than 0.005% of the night sky. Over and over for days.

Why? Because they could? The Hubble Telescope was only two years old at this point, and a bit like teenagers with newest, most powerful multi-billion dollar car in the neighbourhood, you can just imagine astronomers were chomping at the bit to put the pedal to the floor. Or in the more sedate, orderly procession of the equinoxes fashion of their profession, stare semi-excitedly at nothing for an extremely long time. 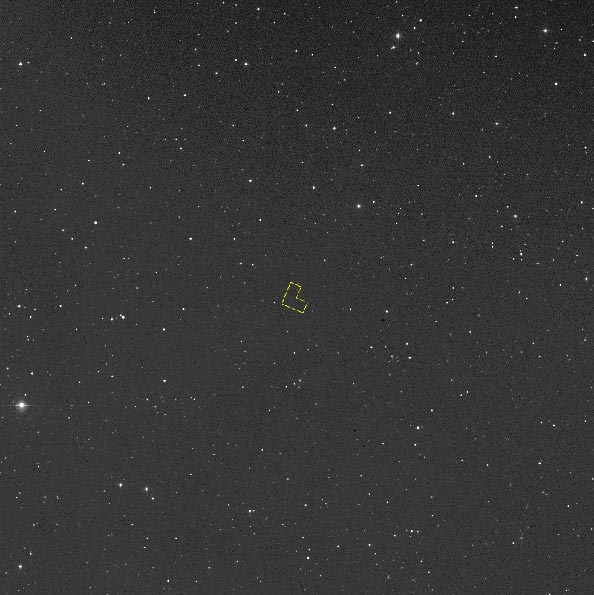 For ten days the Hubble took 342 images of the blackest black, captured photographs literally one photon at a time, often not seeing anything with its sensors for minutes on end, and at the end those photos were stitched together to reveal quite significantly more than nothing.

There were only five faint known stars in this area of the sky until the unlikely idea came along to look for something in the depths of nothing, and like magically pulling a rabbit from an empty hat, or more accurately, several million rabbits, Hubble revealed quite considerably more—considerably more and then some. 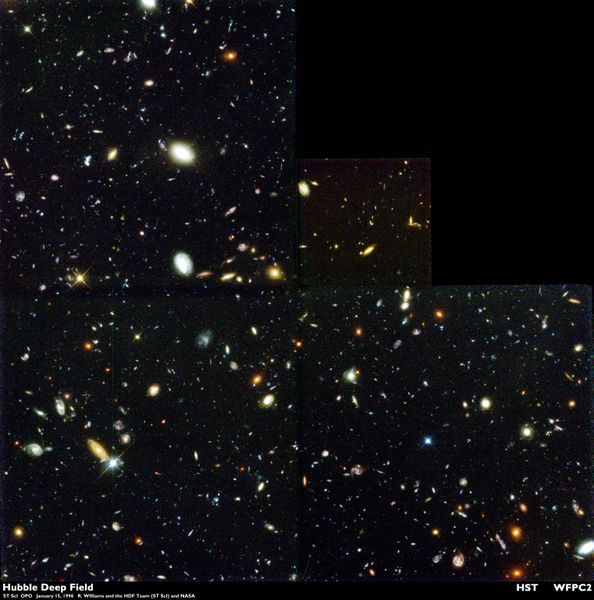 When astronomers began picking their jaws up from the floor, parked their extremely valuable car back in the garage, they learned from this one single photograph, known now as the Hubble Deep Field, that there are one hundred billion galaxies in our Universe. At least.

To attempt to put the completely incomprehensible even further beyond perspective, each of these galaxies is comparable to the home of our own Sun, the Milky Way, a galaxy which contains nearly a trillion stars. Think about this figure for a while—one hundred billions galaxies each containing a trillion stars—and you’ll be no closer to understanding than when you started, and quite possibly in need of ten days in a very quiet room.

It’s a bit zen really, and enough to make one reach for a holy book and turn to religion—staring for a long time into emptiness and eventually finding fullness; everything found in the very lap of nothing. Maybe, in deepest, darkest empty space, we can finally hear the sound of one hand clapping.