Six facts about me as a child, with due respect to Pavitrata. 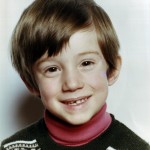 I never spent my pocket money on junk food as a child. Which is not to say that I didn’t like junk food, or to suggest merely a lack of money, but rather that spending hard earned, all too easily lost riches on something lasting but a fleeting moment—the temporary sense pleasure of food—made no sense to me at all.

I remember my early bewilderment clearly, not really understanding my peers as they downed sodas and crisps wantonly, their pocket money flagrantly, and I am not an adult who remembers not his childhood—to a large extent, no small thanks to meditation, it lives and breathes in me still.

It is a great shame this innate childhood common sense became less than innate as the years passed by, a growing worldliness, wisdom of the “ways of men” passing me not.

2. Pop music not so popular

I couldn’t bear popular music as a child. I listened to and owned nothing but classical music until the age of nine, and according to my mother used to cry in my early years if anything less refined was played. I taught myself to play the piano, memorising more by ear than note pieces by the great composers, and used literally to shudder at the sound and sight of punk bands then at their height. 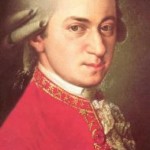 That all changed with the advent of synth-pop—I skipped screaming electric guitar anthems, safety pins in your nose, furious drum solos, and went directly from Mozart to Madonna; Cyndi Lauper, Howard Jones and Nik Kershaw in between.

I was pretty normal from that point on. As a teenager I dreamed of haircuts and concerts, rather than wigs and concertos, and gave up the piano for the guitar after an intense battle of wills with a piano teacher, who told me on the morning of my Grade 3 exam that, lest my results harm her reputation, she was disowning me.

I did fail, by all of four marks, but more due to the fact that I didn’t feel inspired to practise, than any glee sought in tarnishing a disagreeable piano teacher’s name. I had refused to learn music theory; she had refused to teach me as accustomed “by heart.” I may not have been vindicated by my grade, but they have schools today devoted to the instincts I was following.

3. Football was my life

Football was my life for a number of years. Growing up in rugby mad “God’s Own” I rose at ungodly hours to watch “that other game,” fleetingly available when broadcast from the other side of the world, then spent morning, lunch and evening playing same with friends; otherwise just kicking a ball alone.

I was told by a coach at age fourteen that I had the talent to go to the highest level, if I could but “get the right attitude as well,” but it was meditation rather than football that coached me in the power of self-belief; trained out of me, ten minutes practise a day, my nagging, dribbling sense of self-doubt. 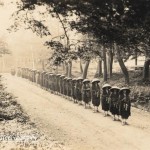 I was fascinated with Japan from an earliest age. When offered the chance by my mother to buy a book on a special occasion, I chose a children’s guide to this implicitly intriguing land of kimonos, karate and kabuki. Soon afterward I demanded lessons in karate, and attempted several times to learn the language—with more enthusiasm than steel or resolve.

Upon adulthood my fascination has waxed rather than waned; a more than decade-long marriage to the practise of meditation just one example of my un-struck appetite for things Nihon.

“Japan is a country filled with infinite beauty. It has an image of a beautiful flower garden. This beauty is expressed through inner peace. Man has seen many things, but of these things peace is new. Japan is offering this new treasure to the world.

“Japan has some other very special capacities to offer. Japan produces such small, beautiful things. God is infinite and finite-larger than the largest and smaller than the smallest. He is both the ocean and the drop. He is inside me as a human being and, again, He is inside the vast sky and ocean. In Japan I see God the Creator in His small aspect, but at the same time, so beautiful and powerful. Here I see the finite expressing the Beauty and Divinity of God in such a powerful way, and I am deeply impressed. It is like the difference between seeing a child do something and a grown-up do it. When the child does it, I get much more joy. In Japan’s case, the child is Japan’s childlike flower-consciousness-a beautiful flower is reaching the highest in terms of beauty and purity. As soon as I think of Japan, my mind feels beauty, my heart feels purity and my life feels humility. I could write hundreds and hundreds of poems about Japan. In fact, I have already written them in the depths of my gratitude-heart.” 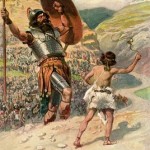 I was raised a Christian. Not that I actually enjoyed going to Church, or Sunday School—in fact I would beg my mother every Sunday to leave me at home to watch “Big League Soccer, yet I studied and memorised the stories of faith, courage and heroism in my Picture Bible unbidden, and would pray most evenings without prompting.My last visit to church was around age thirteen, a time when my local congregation, almost completely absent of fellow teenagers, was split pew and rafters over the siting the altar—two metres this way or that I kid you not.

I don’t claim to be high and mighty but I do have a good eye for low and petty, and my hunger for spirituality and inner truth would from this point seek a different nama-rupa—name and form.

6. Interest in a mythical, mid-Atlantic clime 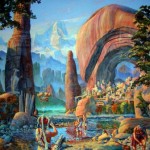 I have always been fascinated by tales of the lost continent of Atlantis. A childhood cartoon, of futuristic cities and technology existing beneath the surface of ocean, caught for only several episodes before sadly it went off-air, evoked hazy, strangely familiar memories that could not be placed; dreams that felt more like memories and that found another flame in stories my mother would tell of her mother, how she spoke cryptically of the existence a long forgotten, long ago buried land—to me a tantalising suggestion that there might still exist a living, breathing link through memories passed to an ancient, mythical mid-Atlantic clime.

Make me a Meme

Write up your own list of childhood facts and I’ll mention you here: