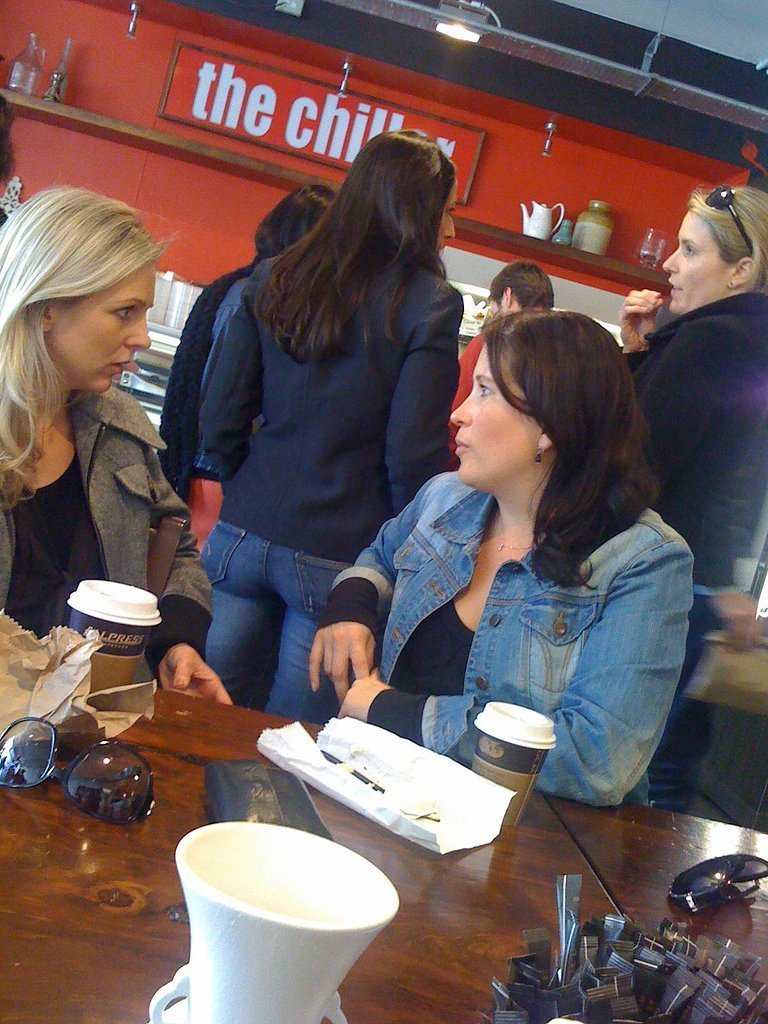 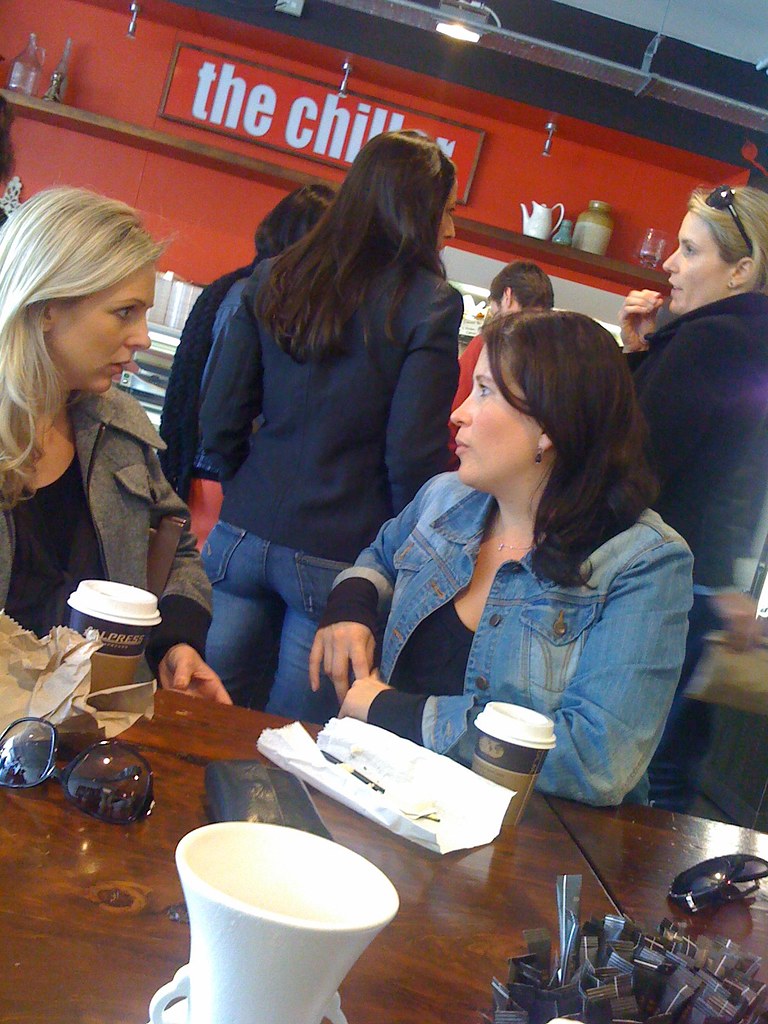 Monday morning, 9am, back on the contracting treadmill again, contestant and collaborator in the nine to five daily grind, my services as an Art Worker required and hired by an inner city design studio. It has been a while since I’ve worked in an office—my work is mostly from home and for my own clients these days, a design business run out of what is “home office” to those who employ me, smoke screen and smoked glass desk removed just a bedroom to me. I think I will need the hard stuff to get up to speed, something black and finely ground in a double-sized cup it will be.

Taking my leave as my day’s work has yet to be briefed in, I borrow a colleague’s swipe card and pass modern art “features”, steel and glass reception area through security door to the chill of the outside, worst winter in a half century my cold comfort on way to café.

The area where I am working would once have been industrial, but now is “industrial chic”, former warehouses and good, honest workplaces replaced by advertising and design firms, a hard days work renovated and re-branded at a through the glass ceiling hourly rate. I shouldn’t be too judgemental though, judge a book by it’s $200 an hour, designed and glossy cover. Marxist roots from my younger, porridge and empty cupboard university days aside, this industry now pays my wage.

The café, not the nearest but location of only choice for those with discerning tastes, is unusually anarchic and open plan—one single, banquet-style table down the middle, counters and sliding cabinets of gourmet sandwiches and baking either side, just tell the girl at the counter what you’ve ordered and pay, pick it up when they call your name.

As I queue to order my double-shot, needed doubly beverage, two women of middle age but less than middle awareness stroll blithely past, rushing words between breaths sharpened by the brisk walk between hair salon and café, attention divided between trim and soy options and a conversation started hours before, awareness of others in the world none at all. Minds half parked in second garage and professionally managed share portfolios, these later-day house-wives didn’t precisely jump the queue to the counter, rather they drove right past as if there was else on their private road.

It was liked being robbed by a bank manager, money removed from your account with a smile and hidden fee. I didn’t realise they had not seen me, were actually going to cut me off until their Bulgari purses were open, credit cards proffered for over-priced milky brew. They walked right past me like I was the hired help.

Something started to smoulder, something other than pesto and camembert panini was toasting, burning. Legs planted wide, shoulders stiffening, bristling, fury and anger black was brewing, boiling inside, double strength cup of scalding wrath to be thrown rather than swallowed. I was not going to let this injustice just walk by, let total unawareness and ignorance of others stand unchallenged.

“Excuse me, you see behind me, that empty space, that is a queue, where you should be standing!” My tone and force of speech were the verbal equivalent of a pointing, shaking finger.

“You know how I’m standing here?” My tone was raising, volume increasing, voice on cusp of scream and yell, question posed but no answer expected, for it was clearly known. “Well maybe you don’t know, seeing how you’ve walked right past me, but it’s called a queue…”

I lowered my tone, softened volume but not intensity, the pressure in the room doubling like the calm before a raging storm.

I am walking closer and they are backing, stumbling away. I’m so angry and direct that the force of my words are like stomach punching, air stealing violent blows.

Standing on the cliff-top of indignation and righteous, fully justified anger, something prevented me from jumping off. I thought all these words, cocked tirade’s trigger and took aim to fire, but in the end did not. Something made me holster my weapon, hold my tongue against weight of common sense and wounded pride.

I could have illumined those two women of their ignorance, could have jolted them out of their middle-aged double-rinsed and blow-dried complacency as if fingers in a socket, but I didn’t have the heart to do so. It wasn’t weakness. It simply didn’t feel right.

The spiritual life has rules and guidelines plenty, philosophies and treatises on life and how to live it stacked high enough to build libraries, let alone fill shelves, but one phrase and guiding principle is enough to be keystone and pole star to them all, summary and closing sentence to all the words in the world: listen to your heart.

Beyond reason and logic, philosophy and law, your heart will always tell you the right thing to do, reveal, through intuition and feeling, the correct, clear path ahead, the road to happiness straight and true. The heart is the mouthpiece and vouchsafe of the soul, immutable diamond and infallible guiding light at the core of your being, inner pilot and guide through this life and every life. Practise listening to your heart, hone your ears to its still small voice and guidance, and you will never walk astray.

I ordered my coffee, took a seat at the large central table, let my boiled blood settle amidst the scream and squeal of coffee being made. Seeing clearly instead of red, I took a deep breath, calmed myself, let inner peace as it always does, dissolve life’s raging tumults and storms. My clouds of anger were chased away by a cool, clear-thinking heart, dissipated by the rays of the inner sun, and happiness, clouded for a while, began to shine again.

Your mind may not know
What will make you happy,
But your heart does know
How to make you happy.
Listen to your heart.
—Sri Chinmoy,
Twenty-Seven Thousand Aspiration-Plants, Part 172