“No one subject is of more importance to people than a knowledge of the rules, usages and ceremonies of good society. To acquire a thorough knowledge of these matters and to put that knowledge into practice with perfect ease and self-complacency is what people call good breeding. To display an ignorance of them is to subject the offender to the opprobrium of being ill-bred.”
—John H. Young, Our Deportment, 1882. 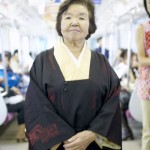 I’m quite clearly an anachronism. I feel offended at the smallest breach of protocol or manner where others feel none, shaking my fist, invisibly of course, at people on the sidewalk who walk obliviously, more subtlety people in conversation who talk obliviously. It might be that I’m thin-skinned, kept in-doors or in cotton-wool too long as a child. Or it might be that others are thick-hearted, hardened to feelings and fineries too subtle to be perceived.

We’ve come a long way in recent years, and, too easily caught up in pounding tables, berating empty air over the ills of the now, one forgets that much of what was once commonplace now has no place. Racism, sexism, name your ’ism, all are absolutely excluded from polite conversation, more or less marginalised from marginal conversation as well. Our grandfathers may not have got along, but we their grandchildren work along side each other, and in doing so, more than likely get on.

On the surface, polite face of it we have levelled the playing field, opened the team sheet to all who want to play, but equal opportunities do not niceties equal, and in shaving manners of their beard and moustache, jettisoning ugly and prickly anachronisms at door like hat and cane, we’ve lost the art of consideration and of grace. To my thin-skinned way of thinking—perhaps over-thinking—we’re just not so nice about being nice.

Rosanne J. Thomas, founder of etiquette training company Protocol Advisors, and dubbed “Miss Manners on Wall Street,” pins the modern decline in manners firmly on the 1960s donkey, and while our long-haired, long-trousered parents are to blame, it’s not just because of their fondness for twenty minute guitar solos:

“Prior to that, families ate together at the dinner table. Manners were reinforced all the time—conversation, listening skills, dining skills, basic considerations, and even electronic manners in that you didn’t take telephone calls during the meal. But then people began not to eat together as much, and that’s when the basics were no longer taught.”

Manners may be dead in this modern age, but Japan at least is refusing to put a fork—or chop-stick—in their deceased carcass, forming a “manners police” to re-heat the fast cooling standards of public etiquette.

In a country where courtesy was once second nature—the learning of a multitude of mores literally a life-long apprenticeship; their breach a possible loss of life consequence—the elderly and pregnant are increasingly being left to stand on trains; a failure of manners perhaps commonplace elsewhere, but in Japan unimaginable until recently.

“It is impossible to mark the even and peaceable tenor of Japanese life, the politeness, industry, respect for superiors, and general air of cheerfulness and content, that pervades all classes, without admiration of the wise regulations which preserve such order amongst them as a people. Quarrels and blows are almost unknown in families; the husband is gentle, the wife exemplary and affectionate, and the children singularly obedient and reverent to their parents: yet ‘Spare the rod and spoil the child’ is a precept totally disregarded. The children are never beaten, nor do the parents allow themselves to lose their tempers in rebuking them, however great the provocation may be—one remarkable result of the complete self-abnegation inculcated by their social system.”
—J. M. W. Silver, Sketches of Japanese Manners and Customs, 1867

When I was school-aged—a time depressingly distant and fast becoming more so—giving up your seat for your elders was mandatory on public transport, but, occasional cranky pensioner aside, it was a practise of another age, seldom actually enforced. 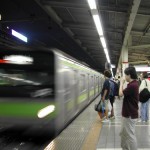 Japan however expects respect and awareness of any age, in this very age, and to this end the Yokohama “Smile-Manner-Squadron” has been charged with bringing back the standards of “old Japan”—politely encouraging the young to give up their seats to those more needy on the city’s overcrowded trains.

While squadron members, the majority past their sixtieth birthday, have no legal powers, Yokohama hopes their high visibility—bright green uniforms de rigueur—will encourage a rising politeness. If not, the big stick of public shaming will be wielded, humiliation in hypersensitive Japan the recourse if seats are not voluntarily raised.

Should politeness provoke a reaction less than polite, older team members will be accompanied by a younger bodyguard, the Smile-Manner-Squadron operating in pairs and paying about US$15 a day. And unlimited train rides.

Not afraid to talk to another, Obayashi opined “Young people do not feel the need of having manners in their hearts,” and expressed a wish that the Smile-Manner-Squadron “will give people who are too shy a chance to communicate.”

And presumably once more claim a seat.

“The world was my oyster, but I used the wrong fork.”
—Oscar Wilde