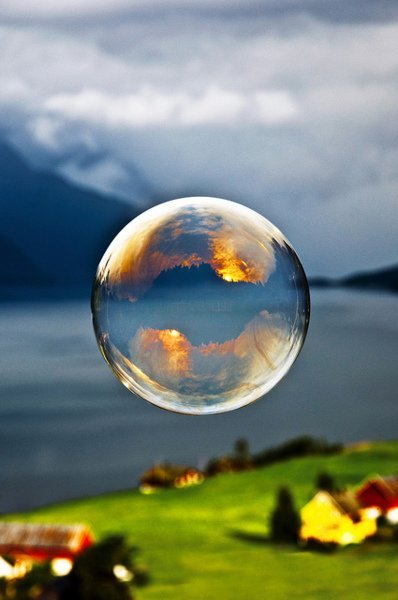 Just a bubble. Floating out of a Norwegian fjord with the sunlight reflecting in it.

Nothing unusual there… if your definition of “usual” denotates the otherworldly as commonplace. One half expects to see trolls and fairies dancing in the background, or perhaps the reflection of God—probably with a rather self-satisfied smile on His face.

The photographer, Odin Standal, clearly playing down what one suspects are strong powers of sorcery, matter-of-factly describes capturing an image that might just win the internets thus:

We went out early one morning and tried to make giant soap bubbles. The sun was rising above the mountain behind us and I managed to capture the sunrise in the reflection of a bubble floating out the fjord.

You can see more photos by Odin Standal on his Flickr page.