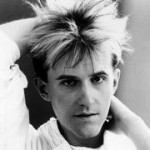 The musical beginnings of British popular artist, vegetarian, practising Buddhist and master of 1980‘s synthesiser-pop Howard Jones were auspicious, although he probably didn’t recognise it at the time. A piano player and teacher from an early age, he was involved in a car accident which left him injured. One of his students—and later wife—Jan Smith, who was in the vehicle at the time, claimed compensation on his behalf, and used the money to buy him a synthesiser—a Moog Prodigy. He was actually sent two by mistake, and liked their combination so much he paid for the second. Thus a synth-pop legend was born.

Howard Jones would appear initially on stage with a mime artist named Jed Hoile, performing improvised choreography whilst doused in white paint. It seems the world wasn’t yet ready for New Wave synth-mime, and Jones made the big time sans improvised mime artist—although Jed was brought back for a special 20th Anniversary retro set in 2003. 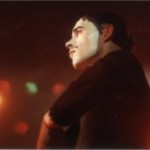 The mid-eighties saw a frenzy of albums and top 40 hits in both the UK and the US for this so called “respectable” face of pop, and the single Like To Get To Know You Well, an unofficial anthem to the Los Angeles Olympics, was huge around the world. Jones also had one of the best haircuts in the business, described by one authority as a peculiar early 80‘s combo of mop-top and dyed spikes.

Despite sudden fame, fortune and eight million albums sold, Jones remained true to his ideals, promoting strong feelings for animal rights and and against human excess. His first album, the platinum selling chart topping Human’s Lib, is both a reference in title to the animal liberation movement and the moksha of the Buddhist and Indian religions.

Another song from the album, Hunger For the Flesh, was a lyrical treatise on the Buddhist Noble Truths, Jones singing from the heart about karmic attachment and rebirth: 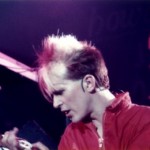 Is There A Difference continues the album’s strong Eastern theme, lyrics based upon Chapter 20 of the Tao Te Ching (The Way of Life).

A former Christian, Jones was introduced to Buddhism by a friend and never looked back. A devotee of Nichiren Buddhism, a thousand year old Japanese off-shoot noted for it’s focus on the Lotus Sutra and the belief that realisation of the Buddha-nature is in the present life, he chants daily for an hour in the morning and thirty minutes at night.

Twenty years since the peak of his fame, Howard Jones continues his musical quest for enlightenment, releasing Revolution of the Heart in 2005 with a strong lyrical message for inner human change, or to quote the musician himself, “in fact a revolution of the heart.”