18 Dec The day the gods go on holiday 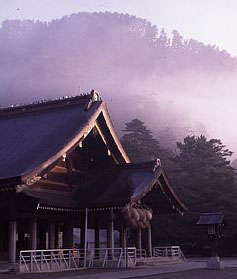 In the Indian spiritual tradition, mahasamadhi is the state of leaving one’s body consciously—a willful, self-caused death that is not really a death, but a permanent union with the limitless consciousness realised while inside the body. One can only enter mahasamadhi it is said, if the non-dual state of nirvikalpa samadhi has been attained, a state of consciousness which sees the duality of subject and object, “I” and “you,” body and surrounding world, finally and completely resolved.

With spiritual masters said to be fully in control of their own passing, it is at the very least a grand, elaborate coincidence that Sri Chinmoy’s departure from our world concurred with a highly significant spiritual date—the day the gods in Japan go on holiday.

October in Japan is known as Kan’na zuki, literally “the month when there are no gods,” for on October 11—the beginning of the month according to the traditional Japanese lunar calendar, the eight million kami or gods of the Shinto tradition leave their more than eighty thousand shrines for a 30 day holiday, obeying a heavenly summons to Izumo Taisha—the oldest shrine in the nation.

Like the gods of Japan—a country he repeatedly stated his reverence and fondness for—Sri Chinmoy also went on holiday on October 11, only his holiday was somewhat extended, and without a return ticket—a permanent vacation in the sunny climes of the inner worlds.

And with eight million gods in the air, it would have been an extremely busy day traveling…

As Sri Chinmoy wrote in his final poem, published on the night of October 10:

My physical death is not the end of my life
I am an Eternal journey.

In the Cosmic Game
You discover
That you eternally and supremely are
What all along,
From time immemorial,
You have been
Helplessly and desperately
Aspiring to become.

With more than eighty thousand shrines and eight million kami, or gods, Japan has an awful lot of divine beings to go around admittedly rather a lot of shrines, so it is just as well said deities are presiding over a land famed for its harmony and order—it would not be Japanese to let a little disagreement over living quarters lead to fighting words or, heaven forbid, flailing swords.

One does of course assume that these figures are accurate—but then precision and accuracy are very Japanese qualities, and more than likely a team of monks spent decades counting every shrine and associated kami, from A through to Z, cataloguing them all together in a multi-volume work bearing a highly poetic name of exactly seventeen syllables.